1.Do you agree or disagree with the following statement? The environmental issue is too complex to be handled by the individual.

Environmental issues, such as global warming and air pollution, have raised people’s awareness of protecting the environment during the past decades. Some people argue that individuals are responsible for handling those issues, whereas others do not believe so. To my understanding, the environmental issues are too complicated for individuals to deal with for the following reasons.

The first step to solve problems related to environment is to establish laws and set up rules that we could refer to. Obviously, individuals do not have the power to achieve this goal, but the governments and politicians have. The governments and politicians are definitely capable of assembling a team of professionals in the field of environment study, then discussing about issues that need to be handled, and finally drafting laws and rules of protecting the environment based on the discussion and scientific research. It could be seen that the process of establishing systematic laws and principles is extremely complicated, which is impossible for individuals to handle.

The second step to deal with environment issues is to implement laws and principles that set up by the governments and experts. As far as I am concerned, the implementation is large-scale industries’ duty rather than individuals’. According to a recent survey, the major sources of various types of pollution are large-scale industries and factories in my home country. If those industries and factories could follow laws and policies to minimize the amount of waste and hazardous materials disposed in rivers and lands, the pollution problem could be solved to a large extent. If they refuse to do so, environmental issues could not be handled no matter how many efforts individuals spend on protecting the environment. Based on the above discussion, large-scale industries and factories should be responsible of implementing laws and policies rather than individuals.

Admittedly, individuals should also participate in protecting our environment. For example, we could purchase recycled products, reduce the emission of CO2 by taking public transportation tools instead of private cars, and volunteer in eco-friendly organizations, to name a few. However, those efforts could help solve a small portion of environment problems, compared with complex tasks that need to be completed by the governments and large-scale industries.

To sum up, handling environmental issue needs the cooperation of our government and large-scale industries. Though individuals should take part in protecting the environment, they should not be assigned with all complicated tasks.

As is known to all, the education in China is exam-oriented. Everything students learn in class is for passing the exams. There are few open topics for students to discuss in Chinese class. It is believed by both Chinese teachers and students that discussion in class is an ineffective way to learn. I totally agree with it.

To begin with, Chinese students have got used to the way they are educated. Most students are required to listen carefully to the teachers and take as many note as possible in the class from primary school to senior high school. It will be too much to ask for students to accept class discussion within a short period of time. It is possible that students might not know what to say in the first place. When topics were given in class, it would be possible that the whole class would be silent. It is not only a waste of time, but also embarrassing.

In addition, the effectiveness of class discussion depends on the students’ personality. Unlike students from western countries like the United States, Chinese students are introverted who are reluctant to express their ideas in front of their fellow classmates. Some students might be afraid of speaking in public. They are worried if they do something wrong, it will be quite humiliating. Some students are just not interested in sharing although they have plenty of amazing ideas in mind.

In sum, class discussion might be an effective teaching method in other countries. However, it is not the case in China. It takes time for Chinese students to get familiar with it. It might be good when students become more extraverted. The qualification of the teacher matters the most in carrying out a successful class discussion. 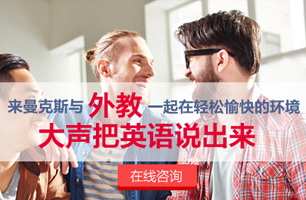